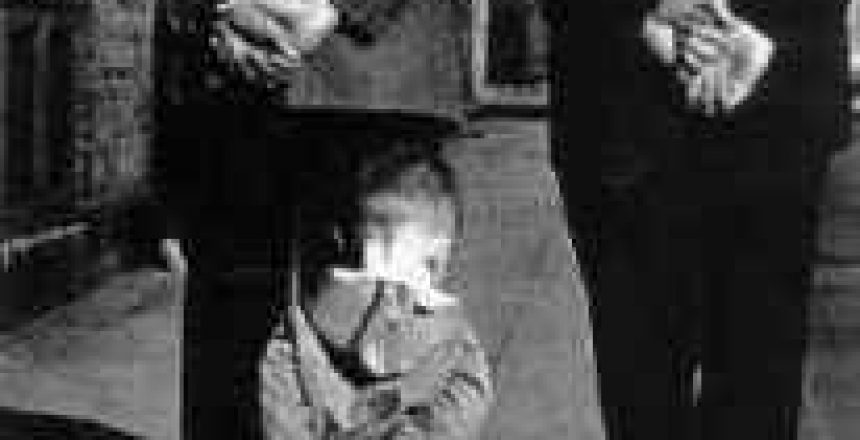 I really do love working as a minister.  Sure, it has moments when I think, “Why am I doing this?”  But, most of the time, I love what I do and feel like it contributes to the lives of the people that I serve.

When I am out at the store, or visiting someone in the hospital, I meet people who are intrigued when they find out that I am a preacher.  They like to tell me a story about something exciting or fun that happened to them spiritually, or they might ask me a strange Bible question for which they couldn’t Google a satisfying answer.  The other thing that they will often do is assume that I am the complaint department for God.

They say things like, “Well, I used to go to church, but the people there were not kind to me – they threw me out of that church!”  I have to confess, I have no idea how to respond.  Should I say, “Well, I never!”  Or perhaps I should ask, “What for?”  I have at times wanted to say, “They told me about you!”  I think all that it really is about is they feel awkward when they realize they are talking to a minister, because they are currently not attending church.  So, they find a reason that helps them explain it, and then they tell me about it.

There are, however, some folks who have a serious concern or issue that they bring when they find out that I am a member of the “clergy”.  These people tell me stories that involve that situation where they feel God abandoned them.  Their mother was sick, and they were traveling to see her before she died, but they didn’t make it in time.  Their child was sick, and they prayed so hard, but it didn’t turn out the way they had hoped.  They fought for their marriage, and really loved their spouse, but in the end they left.  If God really loves me, how could He let these things happen?

As you read this I am aware of something that is real for most of us – God does not DO what I wish that He would at times.  I have had prayers go unanswered, or even seen the result go the opposite of what I was asking.  I would expect that most of us have experienced this at some time in our lives.  If you have not, I expect that you will in the future.

Here is the simple truth of it – It is frustrating and scary for us when God does not act the way that I anticipate and desire that He would.

A little over 4 years ago, we lost our oldest son to brain cancer.  Nick was a fun, happy 18 year old that had lots of friends and was actively involved in the church.  He read God’s word, loved the truth, and lived faithfully according to everything we could tell.  He was at the prime of his life.  Then suddenly, he was sick.  Diagnosed with a rare form of brain cancer, that had a very poor prognosis.  The doctors told us the worst and gave him only a short time to live.

It rocks your world.  It shakes you to the core.  You seek for anything that would explain away the truth you are facing or give you a reason to doubt what you are being told.  And although you know there is no point, you say to yourself, “This isn’t fair!”  I know, life isn’t fair.  But, come on.  This is beyond what anyone should have to face.

So, as Christian people, we began to hit our knees and pray.  We begged others to do the same.  Large groups of Christians would assemble and pray.  People from all over the country started praying for Nick.  It was encouraging and inspiring.  All of these people thinking about Nick and remembering him in prayer.

Nick lived for 16 months.  They were very hard months.  We had good times, laughing and loving on each other.  But there were some really tough times in there as well.  Lots of sleepless nights, lots of being sick, lots of losses.  His body failed him, and he was watching it all happen.

However, his spirit bloomed.  He was incredible.  He faced his situation with awesome bravery, and used what he was going through to bless other people.  He reached out to other kids at St Jude.  He talked to his doctors and nurses about his faith.  He prayed with people, even people that were terribly awkward (he didn’t care).  By the time Nick died, he had touched many people with his faith and the comfort that only God could provide.

Prayers had been answered.  Good things had happened.  God had been glorified.

It just wasn’t the way I had planned for it to all work out ahead of time.  God hadn’t been using my plan to work everything out.  He hadn’t been thinking of things the way that I had thought them out.  He saw things I couldn’t see and He had worked it all out.  Nick accepted it and handled it beautifully.  Could I?

There is a passage in Ephesians 5:1 that reads, “Be imitators of God, therefore, as dearly loved children and live a life of love, just as Christ loved us and gave himself up for us as a fragrant offering and sacrifice to God.”

What I have to remember, what we all need to understand, is that God does not exist to imitate us. We exist, at His will and desire, to imitate HIM.

God loves us and cares for us.  But, God often acts in ways that are contrary to what we think He should do because we are so different from Him.  We are accustomed to thinking our way.  We are worldly, selfish, and absorbed in what we want every day.  We think about how things will affect us, cause us to suffer or struggle, and we just know that God would never mean for things to be hard for us.  He thinks like us, right?!?!?!?

No.  He doesn’t think like us.  We must learn through challenges and difficulties, to think like Him.  That is what all those stories in the bible are about.  It is about humans learning to think outside of themselves and their situations.  It is about them learning to think the way that God is teaching them to think.  Take the long view.  See the spiritual world that is around you.  Pay attention to the small stuff.  Be disciplined, listen, love the right things.

If we imagine God as this great elevated human, who has all power, we are thinking of Him as an extension of ourselves, and that makes Him a mockery!  That brings Him down to where we are and treats with contempt His holy word.  God is God, and we are not.  Isaiah 55 clearly teaches us, “My ways are not your ways, and my thoughts are not your thoughts”.  When His answer is different than I mine, I am simply learning more about Him and His will.  I should not feel abandoned, I should see an opportunity for my growth in the proper direction.

Let us seek to serve the living God that does not “dwell in temples built by human hands”, Acts 17. He is far greater than we are, and does not consult mankind, His creation, to determine His next move.

But, He loves us, and allows us to talk to Him.  He lets us ask of Him.  And, He benevolently seeks our good.  Even when we don’t understand what that is.  He seeks our growth in His direction, and calls us to a higher way of thinking and living.

Let’s seek to imitate Him, not to have Him imitate us.  Let us be “no longer infants”, but let’s grow up into Christ.

PrevPreviousQuit leaning on your broom
NextWhy plant churches? – part 1Next
Back to News