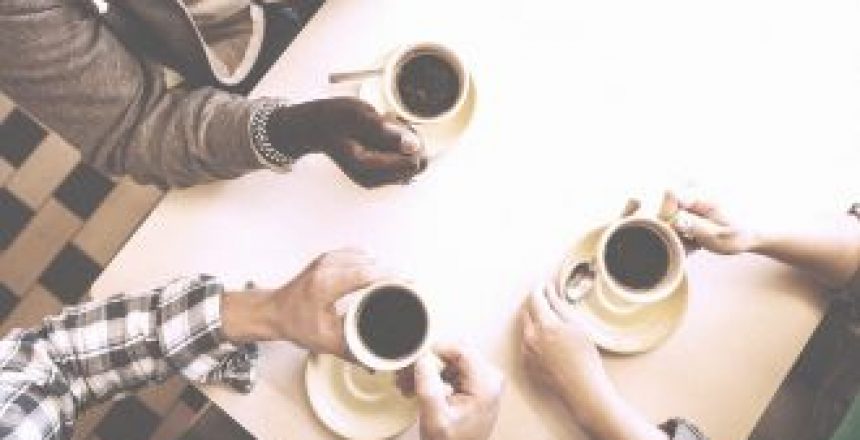 I had a couple of really good friends when I was in the 6th grade.  I mean, I had friends before and I had some later.  But, in the 6th grade was when we started being able to spend the night at each other’s house, hang out for longer periods of time, and ride our bikes further without supervision.  Yes, kids used to do that, and somehow we survived!

My really good friends and I were out at recess and noticed a nice placid little pond right next to the playground.  Well, we also had access to some great skipping rocks, and couldn’t help but notice how nicely those would probably look flying across the surface of that water.  So, we picked them up and started having a little friendly competition of “who can get the most skips?”

This would have all been some harmless fun except for one thing; there was a strict prohibition against picking up and throwing rocks on the playground.  Now, I understand why rocks could be dangerous on the playground, but we were not your average kids!  We were country kids that knew how to throw rocks without endangering anyone, or harming ourselves.  We also shot guns and threw knives…  I mean those would have obviously been forbidden on the playground.  But, rocks?!?!?  Come on.

As you might have guessed, we were soon “arrested” by the teacher on duty and swiftly escorted inside to the principal’s office, where we stayed through the rest of recess, waiting for his return.  Once he got there he talked to us and confirmed that we knew that we were not to be picking up rocks, much less throwing them whilst on the playground.

He then did a most charitable thing; he did not paddle us.  Paddling would have involved sending a note home and making sure that our parents were aware that we had received “corporal punishment” which usually resulted in additional “corporal punishment ” in the house where I was reared.  He instead gave us the choice of either receiving a paddling now, or writing sentences that were due in 24 hours.  We all said, “sentences”.  He told us each to write 500 “I will not throw rocks at school”, and return the next day to show him our work.  Dodged a bullet there!

After leaving the office, we all remembered important things we had to do that afternoon and evening.  We all 3 talked about it and decided, “Well, we will just take the paddling tomorrow!  I mean, we are men!  We are tough enough!”  So that is just what we all decided to do.

At least, that is what my friends told me they had decided.  You can imagine my shock when we returned to the principal’s office the next day to meet and my friends TURNED IN THEIR SENTENCES!  What?!?!?  What about our agreement?

Again, our principal was a good man and had some previous experience, making him a pro at these moments.  He just said, “Joe, do you need some more time?”  Well, now that you mention it, yes I do!

While I was quite angry with my friends at the moment, I had been given a great lesson in life at an early age that would bless me in many ways later… Be very careful about the agreements you make in life!

God has always known and understood this, and has always attempted to educate His people about how important this concept can be in this life.  In both Exodus 23 and Deuteronomy 23 He tells His people Israel, “Do not make a treaty with the nations around you.”  Some versions here use the word covenant instead of treaty, but you get the point.  God is telling His people that they are to be good, and kind, and even welcoming to other nations so that they are the “light to the nations” that He described in Isaiah 49, but they are not to make agreements with these other nations.  It seems unfair and unfriendly… but is it?

Actually, no.  The main reason that God tells them not to make a treaty, covenant or agreement with these other nations is very simple – they already had made one with HIM!

God knew and understood one of the main facts about these kinds of treaties or covenants – each party has to give up something to the other in order to receive something back from the other.  There is always an exchange.  A treaty, pact or agreement requires that I decide what I am willing to “sacrifice” or give in exchange for something from the other party.  God did not want His people going to the bargaining table and making deals where they would have to sacrifice themselves, their children or their faith in exchange for some bright and shiny object that they wanted at the time.  He could see things that they could not.  He knew what actual “value” there was in things of this earth, but His people could often be swayed by such temporary trinkets.  He still knows that His people have a tendency to use theirs eyes to determine value, and as most of us have learned, it is such a poor measurement for the things that really matter.

Since we are God’s “chosen people, a royal priesthood, a holy nation, a people belonging to God” I Peter 2:9, we are actually people that are already contractually obligated to Him!  We have already made our agreement, and that agreement effects all others on this earth and beyond.  Paul makes that point in I Corinthians 6 that “You are not your own, you were bought at a price”.  This means that not only am I in a covenant relationship with Him, but that I am bought and paid for!  I can’t make agreements for me anymore because all of my decisions, choices and behaviors are controlled by the One that I have attached myself and my hope to, Jesus Christ.

God does not allow His covenanted people to make deals with the world, because His kingdom is “not of this world” John 8:23.  Yet we often think as our world has taught us think.  We think that although we go to church and value God’s promises about the “after-life”, what I do here and now is about me and remains my choice!  “God doesn’t control me!”

God tells us He desires that we live as “strangers here, in reverent fear” as Peter points out in I Peter 1:17.  We are to love people, care about them, and even seek to help teach them about Christ and that He died for them.  But we are never to actually “fit in” here!  This is such an odd thing, and can be hard to handle as Christians.  I think we actually DO begin to like it here and think that we have it pretty great!  It makes it tough to stand at arms length from a world that seems able to fulfill our desires and offer us a “good deal”.

The trouble is, this world and the dark prince of this world, Satan, never offers us the good deal that we feel like we are getting.  There is always more written down in the “fine print”, and we scarcely take the time to even consider the contract.  We just get so excited about what the agreement could do for us that we take the bait.  By the time we realize the game being played, we have let the hook sink deep.  We are on the line tugging and fighting to get loose.  He hangs on and just starts reeling us in.

Here is the point; make friends, be good to others, and have friends that are worldly people and need your influence in their life.  Just remember, don’t start trading with your life and time like you own it.  We don’t.  We are bought and paid for and should remember that so that we don’t become attached to this world in which we should always seem like strangers and “stick out like a sore thumb”.  We should never really fit in.

Don’t trade time in the word for time on Facebook.  Don’t give up time in prayer for time watching some “reality” TV (it’s not real).  Don’t give up time with your family for time “getting ahead”, it rarely works.  Don’t swap your commitment to worship for sports, job, or leisure time, because missing time in worship to God leaves us empty and weak.  All of these trades leave us vulnerable and susceptible to the constant attacks of our enemy.  He is smart and will come after us when we are at our weakest point.  He is too often successful.

Grow up, and be wise.  Choose what leads toward strength and honor for God.  Glorify Him with your life and honor your commitment that you have made to Him.

You have the best deal.  You are in a covenant relationship with the Almighty God of the universe.  He loves you.

You will never regret putting Him before all others in your life.

PrevPreviousShould we help plant a church? – part 3
NextHow is it going to end?!?!?Next
Back to News