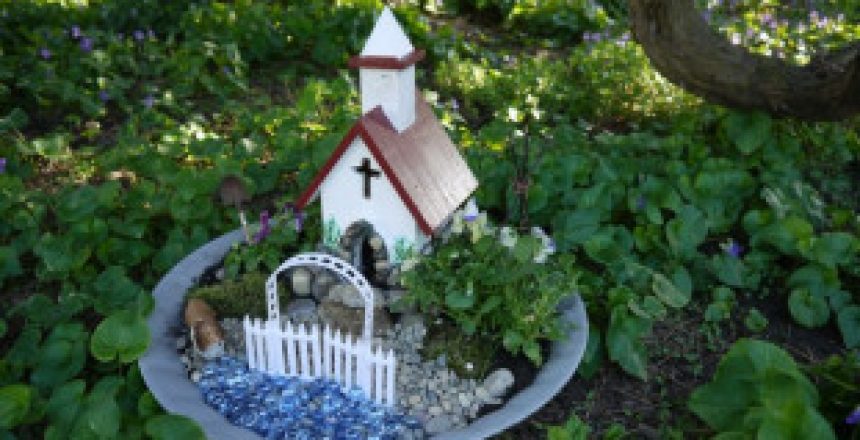 I remember growing up in a little town in Arkansas and getting a chance to “go to town.”  It meant a trip to the store, looking around, often getting fussed at for touching things that were off limits, then leaving with some little thing that I had bought with the change in my pocket.  It usually broke on the way home.  But, it was a lot of fun and made that day different from what I did the day before.

The store I first remember being taken to was the Ben Franklin.  It was downtown in DeQueen, Arkansas, and was within walking distance.  It was actually a very small variety store that had probably been in that same location for a long time.  Ben Franklin stores at one time existed all over the country, but now are almost all gone.  I did some searching before writing this and found “benfranklinonline.com”.  Of course.  Look at Ben – being all 2016 and what-not.

I also remember the growth of the “big box” stores that started really gaining fame in the 80’s and 90’s.  These stores had a pull on consumers because you could go to one place and have an enormous selection.  You could look around that one store rather than having to drive all over town looking for the “right” thing at the “right” price.  These stores had so much merchandise and bought from wholesalers in such volume that there was no way dinky little Ben Franklin could keep up.  People loved the selection and prices, and were willing to drive to the next largest town that could support these larger stores.  Soon we had Super Walmart, Best Buy, Home Depot, etc.  We have all benefited from being able to get what we need (or mostly want) anytime we decide.  I mean, many of these places are now open 24 hours a day.  Awesome.  You know, for that 2 AM run for toilet paper and Doritos… and maybe some Oreos.  Might as well, as long as I am there.

Today, we are seeing things change for consumers.  People are valuing small, now starting to seek out “small makers” who do not do volume discounts and are not available everywhere you go.  They actually thrive because it is tough to find their items and there are only a few.  Big box stores still survive, but many are having tough times.  They are not seeing the profits and success that they enjoyed 20 years ago.  Also, internet retailers like Amazon have changed our ability to get “anything at any time”.  I can order my Oreos and toilet paper at 2 AM – don’t even have to leave the house!  It shows up at the front door.  That means I don’t have to travel somewhere else to find a store that has what I want.  It has changed the way people think about shopping.

So, what does all of this have to do with planting churches???

Well, along with the growth of the “big box” stores, we saw the growth of “big box” churches.  Churches started to grow larger than they had in the past, and people were thronging to the doors of very large churches that offered them everything that they could want.  I mean everything.  You can get your Starbucks in the atrium, go shopping at their mini-mall for everything from Bibles to a cross stitched “as for me and my house”, and some even have a salon where you can have your hair styled so that you go into worship perfectly coiffed!

People are forced to drive to these churches, many traveling 30 or even 45 minutes to get there for the “main event” on Sunday mornings.  And these churches do put on quite the show.  Some Sundays there are special events for families and kids.  Other Sundays they may have a special guest – anyone from an actor to an NFL star.  They give their testimony, share a word of encouragement, and have their picture made with a few congregants.

These churches have obvious attractive powers.  Kids love going to church when it is centered on them.  Matter of fact, so do adults!  There is something exciting happening, and the choices are many.  I can have lots of interesting experiences, and all in one convenient place.

These large churches also have large staffs.  These large organizations have someone to serve in all of their necessary roles.  They have people that are specialists in all of the areas needed.  This means that the members learn to be excellent consumers, contributing little to the regular work of meeting and worshipping God.  Important jobs are held by paid staff so that those areas can be held accountable for their work.

Many attend church as a place or an event.  There is little connection with the overall “body” as it is so large.  People attend when they want, because missing church doesn’t illicit a phone call or visit – “how could they even know if I missed?”  Church starts to become something that although it is good and worthwhile, is “going to happen whether I show up or not, nobody there depends on me”.  They have everything I need, and I can go “get” that whenever I want.

Church planting is very different.  It is not BIG, it is small.  Church plants don’t have big name celebrities, or festivals that have 1000’s in attendance.  We don’t offer something for everyone, as we struggle at times to get the basics done!  We don’t have parking lot attendants, Starbucks in the lobby, or lights on our stage.  Often between class and church, you might even have to wait in line to go to the restroom!

Church planting is growing.  People are being attracted toward smaller churches that are often in unimpressive venues, but that are frequently located much closer to where they live.  The numbers are not huge, but for many it reminds them of the way that church “used to be” when they were kids – a small group where people actually know each other.

The big thing that can attract or repulse people about church plants is one of the most unique aspects – EVERYONE is needed!

This for me is one of the most biblical things about planting – it forces everyone out of their “comfort zones” and requires that they contribute and help accomplish the tasks that need doing.  Large churches have spectators, people that just come and watch the action.  But small churches that are freshly planted need everyone that shows up to find a part and help!

The other thing I have noticed about church plants, that cause some folks to leave one, is that not everything that someone would desire is offered.  There are ministries and activities that larger churches can do because they can afford to, and they have the people resources to lead.  A small, newly planted church as it grows is much like a teenager.  Sometimes we have an identity crisis, and are not sure what we are good at!  This is particularly noticeable to someone coming from an older church that decided years ago what it wanted to be and has been doing that for years.

This also is very encouraging to other folks, who want to come and generate ideas and work in a “new” ministry that they have no experience in.  In a large church, inexperienced people are not used as often – there are already too many trained in that and there is no room for a newbie.  But, in a church plant, “Sure, we can use you for that!”

Lastly, the newly planted church is a place for people to get a fresh start.  No history, no old stories that everyone is telling, and a chance to come back to church if you have been away.  The older, established church might be very welcoming and loving to someone that returned, and might be just what God calls on them to be.  But, people just sometimes want that “new car smell”.  They want a place where they haven’t spilled coffee on the seats and doesn’t smell like their old Chinese leftovers – if you get my drift.  They want to come in and be “new”.  Often their previous issues may still arise and they may willingly tell their story, but it is now in their own way at their own time.  Not by a walk of shame to the front pew.  Most people fear that, and stay away rather than endure it.

I will have more articles on church planting this week, and hope it can prompt you to consider being involved with a church plant, or joining a group of people attempting that in your area.

It is not for everyone, but anyone that would try it could be stretched, and blessed!

This blog is about growth, and moving from the pew to a position of responsibility is all about growth.

PrevPreviousImitation or mockery???
NextWhy plant churches? – part 2Next
Back to News